A challenge for creativity and experience 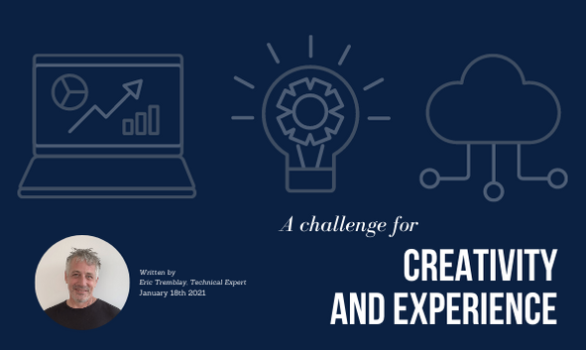 This is where the PMCA adventure begins ...
Parameters Management and Configuration Assistant for Aveva System Platform

A multinational manufacturing company had embarked on a major project to modernize their technological infrastructure, which consisted in setting up new, more efficient servers and the simultaneous migration of their SCADA and their MES systems (Manufacturing Execution Systems). The customer's SCADA used
AVEVA (Wonderware) System Platform 2014 technology which was to be migrated to the 2017 version.

After a preliminary analysis, the project managers concluded that it was much more complex than expected to do it internally, due to the availability of their resources.

So, they called us. First, to analyze needs and constraints, then to
offer recommendations. Following our analysis, which was in line with our client's conclusions, they appointed us to carry out the entire project.

I was assigned to this mandate, which initially seemed fairly
straightforward. I had already done dozens of SCADA system version migrations, much of which were on Aveva System Platform. For me it was a very nice project, easy to look forward to and with guaranteed results!

Our client first greeted me in the coffee room. Good start, I noticed that they had very good coffee machines, which only increased my enthusiasm for our project.

After a tour of the factory and a few cups of coffee, the project manager explained to me:

I was just beginning to realize the magnitude of the task, but it was still fairly straightforward. This involved finding and documenting the settings and scripts that needed to be changed to work in the new environment, and then reprogramming them during the migration.

Hours of fun and documentation!

The situation got really tough after our 11th coffee, when our client mentioned to me:
“By the way, Eric….

Phew! Not as easy as I thought. A great challenge in perspective ...
I swirled my coffee cup around while thinking. The customer’s SCADA contained a few thousand objects and several hundred thousand parameters (attributes) in three different environments. Check, compare and document everything; it’s already a very long process! Responding to the last needs mentioned by the client was even more so. I then asked myself the following question:


"How could I simplify and automate the work to stay within the client's desired budget and ensure that the same effort does not have to be made on future migrations? "
The original idea ...
Only one solution:
Integrate the technologies and methods of the IT world into the OT system. At that time, my 15 years of IT experience was extremely useful to me.


But where to start? I had previously attended a presentation on the advanced development tools of Aveva System Platform. These were "development kits" for interacting with System Platform SCADAs through .NET programs or databases. The manufacturer presented these tools as a solution to drastically reduce the development and commissioning time of their SCADAs.

Even to this day, these are little-known tools, but I still suggested that our client use this technology.
Collaboration it/ot...
By chance, the client assigned two resources to the project: an Automation Specialist (OT) and an IT Specialist. The link was easy to make with the team, this project is an example of good IT / OT collaboration. The customer’s support contract also allowed us to get in touch with AVEVA engineers who specialize in these tools.
Some months later…
The transfer during commissioning took less than 30 minutes. The
reconfiguration of the new systems was done automatically, in seconds and without loss of production.

The only difficulty encountered during production was the coffee machine breakdown that occurred while we were twiddling our thumbs waiting for problems with the SCADA system, which ultimately never came.

A total success according to the customer! I wasn't so sure, especially due to the lack of caffeine.
How we got there ...
The solution was quite simple, but it was really not obvious at first. The integration of IT and OT technologies was the solution. This is commonly referred to as "Industry 4.0." When this project was carried out a few years ago, this type of integration was still in its infancy.

Technically, the solution was simply to implement:

Subsequently ...
As part of this project, it was evident that the use of IT technologies and advanced development tools offered by Aveva could allow us to drastically reduce the development and start-up time of our projects in addition to eliminating a large number of problems.

Subsequently, the mechanisms put in place within the framework of this project were grouped together and integrated into a complete SCADA management application based on the Aveva System Platform. Our PMCA application now allowed us to automate the development, commissioning and management of System Platform SCADAs.

This expertise and creativity, in collaboration with our client, allowed us to obtain a lasting solution that met everyone's expectations. Aspiring for nothing less than excellence, it is with conviction that we believe this experience is a good example of innovation.
Written by Eric Tremblay | January 18, 2021